What in the World Happened to Rates??!? 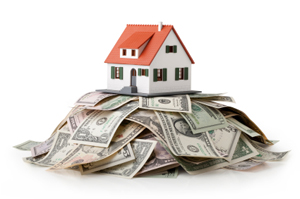 Is the low mortgage rate party about to end?

Just when we think we have a pretty good handle on where rates are headed, we discover that our beautiful meadow is really a minefield. (Sorry about the violent metaphor—but it definitely felt like that yesterday)

You are probably aware that rates move up and down in response to the price of the bond market—specifically, Mortgage Backed Securities (MBS). These bonds are pools of residential mortgages, such as those compiled by Fannie Mae and Freddie Mac. Investors buy and sell these bonds. When they are primarily buying them, the price goes up. This makes mortgage rates go down.

Rates have been so low because of the action of the Federal Reserve. Because they have already lowered the one rate they control directly, the Federal Funds Rate, to zero, they have to find other ways to stimulate the economy. That’s where “Quantitative Easing (QE)” comes into play.

With QE, the Federal Reserve becomes a buyer of MBS—to the tune of around $50 billion each month. This supports the price of the MBS, which lowers the cost of mortgage rates. We are presently in the third round, QE3. It has worked nicely to hold mortgage rates at artificially low levels.

On May 22, Fed Chairman Ben Bernanke told Congress that the Fed would “taper” its buying of mortgage bonds at some point. The market plunged in response to his statement of the obvious, and we saw rates increase quickly as the investors, believing the party was over, ran around with their hair on fire, feverishly selling their bonds. Rates spiked, then began a steady trend upward.

Around June 4, it appeared that the worst of the selling was behind us, and we saw bond prices trying gamely to drift higher (lower rates). Everyone waited breathlessly for the announcement following the Fed’s two-day meeting. Most of us had a certain amount of confidence that Bernanke would make his usual non-announcement, and that with less uncertainty about what the Fed would do, bonds would recover.

Nope. Once Gentle Ben started his press conference at 2:30 EDT yesterday, the markets started selling off—stocks AND bonds, sending prices into the basement. This is unusual, as stocks and bonds typically move in opposite directions. By the end of the day, the MBS had dropped by over 100 points (about .25% in rate increase). This morning, there was more selling and even lower bond prices, but the market has already recovered most of those early losses. We are close to where we ended up yesterday, with rates about where they were in 2011.

What horrible, fearsome things did Mr. Bernanke say to put the market into such a tailspin? Just that the Fed will begin “tapering” their $85 billion monthly bond purchases when they see the unemployment rate reach 6.5% (we are now at 7.6%) and inflation hits 2.5%. He also tried to reassure the market by stating—again—that the Federal Reserve is fully prepared to hold onto all these bonds, some $4 trillion worth—until maturity, rather than dumping them.

None of this gave comfort to a skittish market, however, and investors unloaded both stocks and bonds in a seeming panic.

What about the outlook for rates now? First, if you are a homeowner thinking of refinancing, you should NOT wait for a sub-4% rate. Not gonna happen. If you can save enough money today with a refinance to justify the modest cost, do it now with whatever the best rate is today. Bird in the hand, know what I mean?

If you are an aspiring homeowner, you should step up your efforts to find a home, get an offer accepted and lock a rate. Affordability is still very attractive, but prices are rising fast. Now is definitely the time to nail down a purchase before prices get any higher. Being a buyer is challenging today, but you can succeed in this market. You should start by reading Competing with Cash Buyers-The Word is Out, A Risky (But Effective) Purchase Strategy and Secrets of Successful Buyers.

Above all, don’t freak out, just because rates have returned to where they were two years ago. They are still well below 5%, a rate that was unimaginable just three or four years ago.