Talking to Reporters about Mortgages 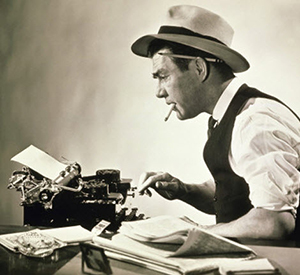 I spend a fair amount of time speaking with journalists who are working on stories about the housing and mortgage industry. I like to help out, and it does give one a bit of an ego boost to see your name in print as an authority.

Recently, I spoke to Geoff Williams, a reporter for U.S. News and World Report. His angle was about buying a home without flawless credit. He wanted to explore the avenues available to those would-be home buyers who were actually human, with a few blemishes on their credit reports. “How good does a buyer’s credit actually have to be to get a loan?” he wanted to know.

That prompted me to say this:

“There has been a false narrative circulating ever since the meltdown of 2008 – that even though interest rates are great, almost nobody can qualify, since the banks pick only the most squeaky-clean borrowers. This is so far from the truth as to be almost ludicrous, except that it becomes a sort of self-fulfilling prophecy, where imperfect would-be buyers stay out of the market for fear of rejection.”

I was happy to see that he printed that quote in its entirety.

I’ll be speaking and writing about this harmful untruth a lot more in the future. Stay tuned.