Sometimes all it takes is a phone call 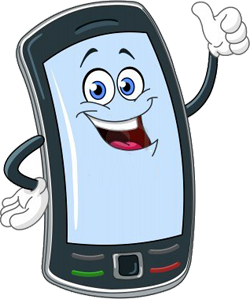 My new client sat in my office with his wife and two school-aged children. They had saved enough cash for a substantial down payment and wanted a mortgage pre-approval. They were applying for a jumbo loan to buy their first home. The criteria for these programs are often more strict than for Fannie Mae and FHA loans.

I filled out their loan application while they were in my office, then pulled a credit report. They had very low debt. The wife’s score was close to 800, but the husband’s was barely over 700—too low for the loan they wanted. The culprit was one recent 30-day late payment to a local department score. The more recent the derogatory entry, the greater its impact on the credit score. This one late payment—about $25.00 on a $200 account—was costing nearly 100 points, I estimated. This one late payment could prevent these hard working people from getting their new home.

I suggested that they call the credit office of the department store. They should point out that they are good, loyal customers and would very much appreciate having this one entry removed from their credit report. It was just an oversight on their part, and they have always kept their account current.

They were skeptical. “You have nothing to lose,” I assured them. “The worst that can happen is that the store refuses to change the entry, in which case you haven’t lost anything. It’s worth a phone call.” He agreed to try.

Three days later, he faxed me the letter from the department store. They had agreed to remove any late payments before the present time and to notify the credit bureaus. Oh, and P.S: Thank you for being such a loyal customer.

I sent the letter to the credit bureaus with instructions to update his file immediately (it actually takes around 72 hours) and to send a report with the updated credit scores. We will be able to issue the pre-approval for his new loan before this week is out.

The lesson here is obvious: one simple phone call to a sympathetic credit office can mean success.

Anyone whose credit score is presently too low to qualify for a mortgage should follow my client’s example. There are myriad ways to raise a low credit score.

Sometimes it’s as easy as one short phone call.