The Horror of the FHA Mortgage 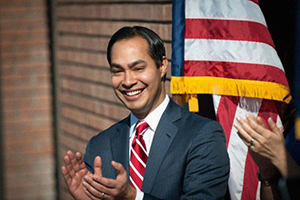 I came across an article recently in one of the mortgage industry trade rags: “Republicans Hammer Castro over FHA Premium Reduction.”

A little backstory: FHA is a federally insured loan program that requires a small down payment (currently 3.5%). It has helped million of people buy homes since its inception in 1934. The small down payment means more risk for the lender, so the buyer pays mortgage insurance to limit the lender’s risk. That insurance consists of an initial payment of 1.75% and, until recently, a monthly premium of 1.35%. The initial payment is typically added to the loan, so it does not come out of the borrower’s pocket.

With the crash of 2008, many people lost their homes to foreclosure, and there were billions of dollars of claims. The claims involving FHA loans depleted the MI fund below its congressionally mandated level of 2%. FHA’s response to this problem has been to raise mortgage insurance premiums to their present high levels to replenish the insurance pool. In doing this, they lost a great deal of market share to conventional loans, whose mortgage insurance is often less costly than FHA’s.

HUD Secretary Julián Castro pushed through a reduction of monthly MI to 0.85%, a half percent lower than the previous 1.35%. Surprise: FHA originations increased.

House Financial Services Committee Chairman Jeb Hensarling (R-Texas) said the FHA needed to wait until its reserve fund reached its statutory minimum of 2% before enacting any cuts. “This cannot be allowed to stand!” he thundered, perhaps pounding the lectern and shaking the C-SPAN cameras. His colleague, Rep. Scott Garrett (R-N.J) piled on, saying that FHA loans have “predatory characteristics” (low down payments). The reduction in premiums would “entice people” to take these kinds of loans to save “$25-$50.”

“Don’t you care about these people?” Rep. Garrett co-thundered. “Are you so inclined to write more loans that you are just trying to entice them for $20 or $30 to get into a house that they can’t afford?” (This from a man who earns $174,000 a year, plus expenses, perks and benefits).

This exchange demonstrates a good part of what has been wrong with our housing finance market. First, many of the policies have been set by very affluent people—typically wealthy older white men—who have no understanding of how people buy and finance homes. Raising the cost of mortgage insurance, for example, caused FHA mortgages to be much less attractive to borrowers, so FHA lost market share to conventional mortgages with private mortgage insurance. This is part of what slowed the replenishment of the insurance pool. According to Secretary Castro, FHA is now on track to have the pool fully compliant within two years.

Second, judging by the comments of these two politicians, they have no understanding of how a lender actually underwrites and approves a mortgage. They seem to believe that reducing the cost of a mortgage will somehow cause it to become a sort of attractive nuisance to attract irresponsible borrowers who will default on their obligation.

It appears to me that this recent reduction in the FHA insurance premium is a glimmer of hope in housing policy. Rather than shifting blame for the recent mortgage meltdown from the investment banks (Goldman Sachs et al), who created the toxic loan products, to hapless borrowers, there seems to be at least some movement towards a more common-sense housing policy—at least as far as FHA is concerned.

I’m going to call that a good start.