Fed Raises Rates…What Does It Mean? 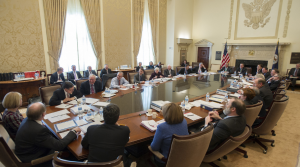 The Fed Open Market Committee (FOMC) voted today to increase the Federal Funds Rate by .25%. This was widely expected, but people still ask us, “Is the Federal Reserve going to lower mortgage rates anytime soon?”

We get the question often enough that now would be a good time to explore how mortgage rates work.

Banks ultimately sell the vast majority of the residential mortgages they fund to investors. The best known of these–and the largest–are Fannie Mae and Freddie Mac. We refer to them as Government Sponsored Enterprises, or GSEs. They are private corporations presently in conservatorship in the wake of the 2008 meltdown.

Fannie and Freddie do not make loans. They buy them from lenders like Pinnacle, then pool them into a type of bond called Mortgage Backed Securities (MBS). These bonds are bought and sold by investors.

The price of the bonds fluctuates according to market activity, in the same way that a company’s stock goes up and down as invstors buy and sell them. When the price of the MBS goes up, rates go down. This is because lenders get a higher price for the loans they sell to Fannie and Freddie, so they can lower their rates to borrowers.

Investors decide to buy or sell bonds largely driven by fears of future inflation. If they believe inflation will pick up more than expected, the bonds become a lot less attractive to them, so they sell. That makes their price go down, and rates go up. Remember that: Fears Of Inflation.

What the Federal Funds Rate Does 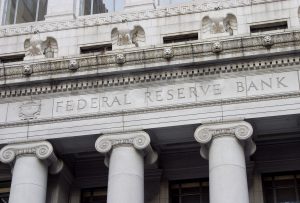 The Federal Reserve, our central bank, uses the Federal Funds Rate to stimulate the economy (lower rates) or slow it down to keep inflation from getting out of hand (higher rates). Increasing the Federal Funds rate, as they did today and will likely do three more times this year, was a proactive step in a recovering economy to keep it from growing too fast. In other words, they have tapped the economic brakes on the economy to keep it from spinning out of control (inflation). Consumers will see the effect of this increase in the cost of credit cards and HELOCs, both of which determine their rates by the Prime Rate, which in turn follows the Federal Funds rate.

The Future for Mortgage Rates

Now that the Fed has raised that one rate, what’s going to happen to interest rates?

Looking just at the bond action today, we can say that they will go down a bit–a very tiny bit. Investors have stepped back into the market to buy bonds again, now that they know the Fed’s decision. That has caused to price of the MBS to go up a bit, lowering rates.

I can hear you wondering why raising rates at the Fed level would cause mortgage rates to go down. Why is that? Remember “fears of inflation?” The investors believe the Fed is being vigilant and proactive, paying attention to inflation, the number one enemy of fixed-income investments like Mortgage Backed Securities. So, with the Fed’s announcement today, investors heave a big sigh of relief and go back to buying bonds, pushing their prices back up and rates down slightly.

What to Do Now

Mortgage rates have been artificially low for a number of years because the Federal Reserve entered the market directly, buying zillions of dollars in MBS (actually, they presently hold slightly less than $1.8 trillion in MBS. I’ll call that close to a zillion). As they have stopped that massive buying effort, we have seen rates gradually increase. In all likelihood, they’ll continue to increase a bit all year.

What does this mean for you, as an owner or prospective buyer of real estate?

If you’re hoping for lower rates, you’re likely to be disappointed. If you are hoping to buy or refinance, it is better to do it sooner, rather than later, since rates are likely to be higher int he future than they are today.